I had and early finish at work one day last week, I knew the day before that is was going to be an early one so the night before I studied the maps and looked for an alternate route home, and decided to take a detour to Nth Dandalup Dam and follow Scarp rd. exploring a few tracks on the way, Scarp road is mainly a good gravel road (although some parts of it are a sealed) through some of the darling scarp ending in Jarrahdale. As far as I know it goes as far south as Sth Dandalup maybe even further.

I had finished work by 9am so it gave me most of the day to explore, I had charged the cameras up, fuelled up the car, packed extra food and drink, I don’t have any recovery gear yet and fairly new to Four Wheel Driving, so I am still on a massive learning curve,  just sticking to the easy tracks for a while 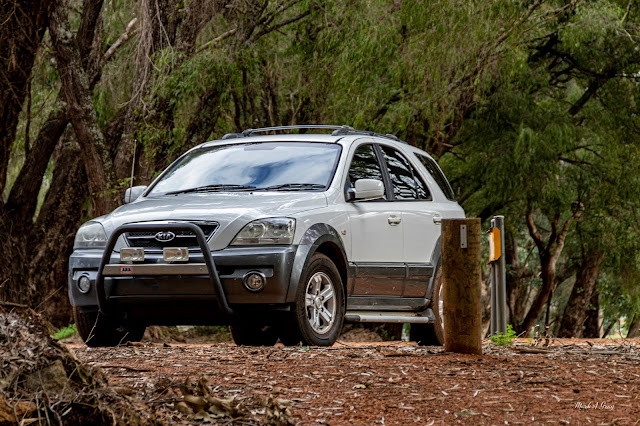 I left work and headed towards Nth Dandalup Dam, the first track I took was slightly uphill and was quite rough, a gravel Road/Track it was rocky and there was some skinny parts and sections where the road has eroded away from water running down the hill, I followed the road until to Scarp rd.  After travelling on Scarp Rd for about 5 mins my first stop was at Nth Dandalup Dam, a nice picnic setting with Toilets, Tables and BBQ’s there is a small stream that runs along the side of the picnic area where I believe people swim in the warmer months. 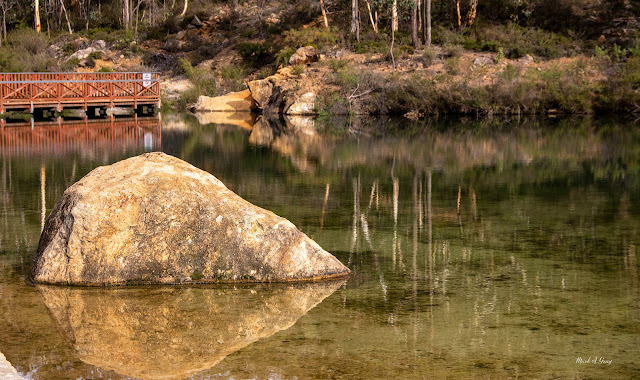 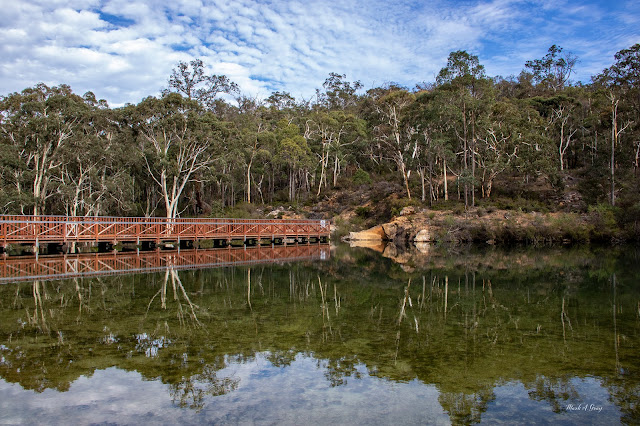 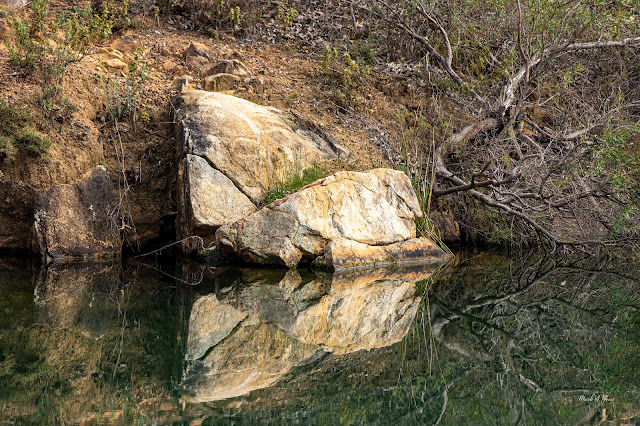 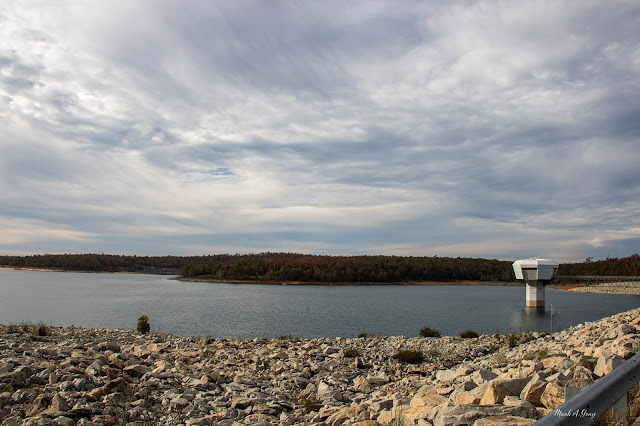 I stopped for something to eat and had a bit of a walk around with the camera, then headed back up to Scarp rd. and continued driving towards Jarrahdale, there wasn’t a great deal of things to see along this stretch I detoured on a few tracks for a bit of exploring in the bush as I approached Serpentine River there was a steepish hill going down towards the Serpentine River the bridge crossing is  close to the Pipehead Dam and then another climb uphill, the road was in good condition passing a flock of Carnaby Cockatoos on the way through. 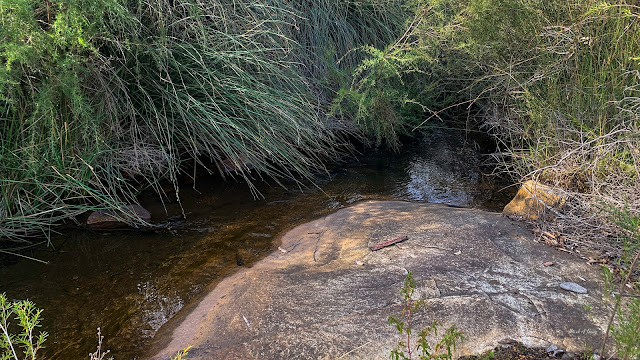 Small stream I came across while exploring

My next stop was the Jarrahdale POW camp that I often visit when exploring the tracks its right in the middle of the areas I go so a great place to stop for a few minutes there is a pit toilet there and it is also an access point for The Munda Biddi Trail, I often see cars parked there but no-one around most of the time they are riding on the trail , I stopped for about 5 mins or so to have a drink and something to eat, my next stop was going to be Sullivan Rock, on Albany highway the road travelling to Sullivan Rock from the camp is a gravel road and at the time me driving through was badly corrugated bouncing the car all over the road,  I had a drive to look at the picnic area and kept going, the picnic area is a basic area with tables and Chairs and old wood BBQ’s which look like they haven’t been used for a while.

My next stop had planned to be Wungong Dam I haven’t been down that way for years ever since my high school days when I used to stay at a mates house some weekends, I ended up detouring to Canning dam on the way where I went to check out the lower Picnic area, It has Tables, BBQ’s, Toilets and a few walk trails for a quiet stroll, it is a smallish area but very quiet and nice, I never went to the dam this time and headed back towards Albany hwy. Arriving at Wungong Dam I was unaware that the road no longer goes through and is closed, so I took a few snaps and headed off again, there was also Toilets, BBQ’s, and tables in the picnic area,  I started to make my way home after that but took a drive to the other side of the dam to have a quick look, there was a group of people riding motorbikes there so I never bothered stopping for photos and then headed for home. 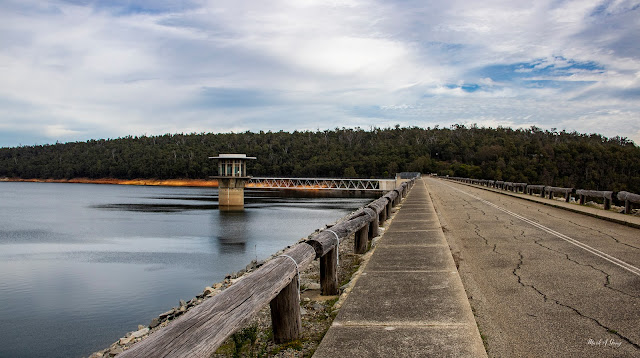 That night the family and I decided to go for a drive to Kings park picking up Pizzas on the way through, we sat and had something to eat and I took a few snaps and we went for a drive to the Optus Stadium for a look then headed home

zyc877y6vq said…
We then speak about the design of the Hooded Puffer Jackets for Women product, whether or not it is a customized metallic frame, a metallic part, or a NEMA Enclosure. A CAD drawing is submitted to all of our clients when designing a customized product to be revised and permitted. Having Commercial and Industrial Sheet Metal installers, Walton totally understands area quality requirements and schedules. In fact, Walton fabricates ductwork and specialty metallic tasks for many of} of our mechanical building “competitors” to help them in assembly their contract phrases and situations. Whenchoosing a metallic fabrication service, look for skilled companies with good sources and expertise working together with your business or related fields. If you’re trying to outsource your metallic fabrication services, Laserfab is right here to assist.
27 December 2022 at 00:30

Popular posts from this blog 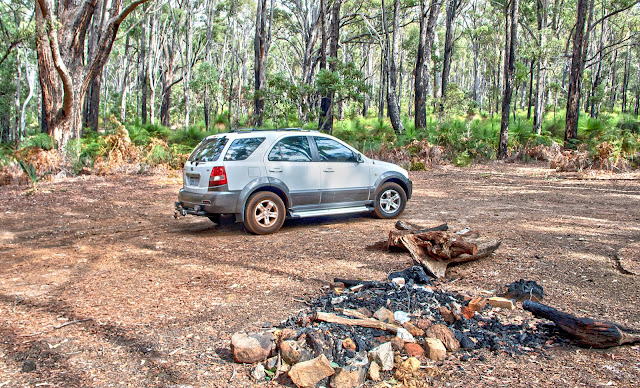 Hi all,           Well it has been a while since I posted here been slacking off again. todays trip was more of a test drive through the tracks of Jarrahdale. I just recently purchased my first true 4WD and just had to take it for spin off road, only light stuff to start with although we did go on a few rough tracks as we were exploring around, it was basically the same trip as the last one we did to Jarrahdale in my previous post, this time we didn't have to walk much of it, Our first stop was the Jarrahdale POW camp where we stopped for lunch and had a quick walk around. Someone's make shift Camp site, there is suppose to be no camping here The POW information centre what is left of the Main quarter The powerhouse I think it was The Wash House After leaving the POW camp and exploring a few of the tracks not really finding much else, we headed towards Blue Rock and the Wetlands Trail, we only went for a quick drive through the track at the wetl
Read more 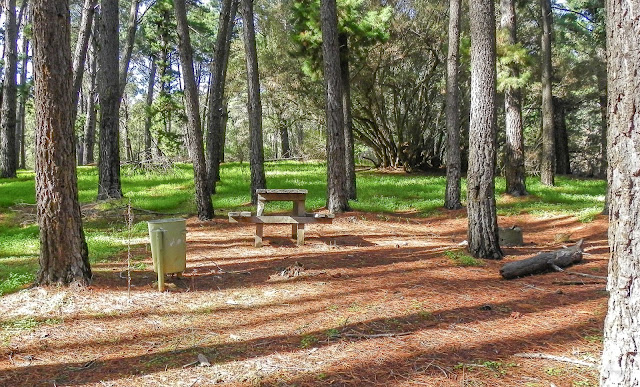 Hi all        You may have noticed that I have been neglecting my blog lately, the truth is I have lost my motivation and time has been an issue lately. My working hours have changed from afternoon shift to day shift, by the time I get home it is too late to do anything. I have wiped my blog clean and starting over again, I will still be using a lot of old content, I haven't decided on which way I will be going yet so any suggestions would be appreciated. The idea is to focus more on destinations where we have been over the years, with a little research on the areas I am focusing on and more focused on 1 area at a time instead of several in one post (work in progress at the moment), posts will be shorter but there will be more.       I am slowly going through my old photos from year to year and re-editing them, while I have been away from my blog behind the scenes I have been learning to edit and improve my photography, as I have been going through the archives I have seen many a
Read more

All Content On this blog remain copyright Mark A. Gray all Rights reserved